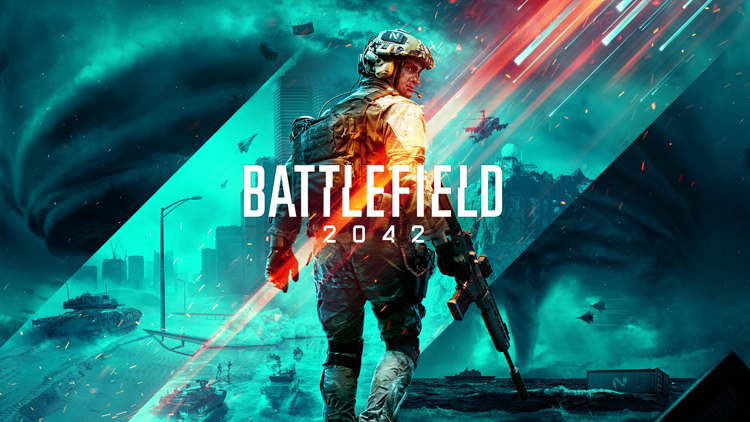 It’s only a few days past our global launch, and there are already millions of you playing Battlefield 2042. We’re happy to see so many of you back on the battlefield – almost twice as many at this point as our last release. So first, thank you to all of you – how you’re playing and what you’re creating in the game is amazing and beyond our expectations.  We’re also listening closely to your feedback which is helping to shape updates to come.

We couldn’t be more passionate about this game and will be supporting and evolving it for years to come. We have confirmed at least two major game updates in the coming weeks, and we’ll be here communicating consistently about the changes we are making, as well as new content coming to Battlefield 2042.

The teams across the globe are working 24/7 to evolve and deliver improvements to the game. Since launch we’ve made a number of service updates that have improved server performance as well as the vaulting and restoration of content not performing in line with our designs.

We also want to give you the assurance that we’re carefully evaluating your desire to see legacy features return. End-of-match Scoreboard, Server Browser, and features like Voice Chat are big topics for us to cover all at once, and we have plenty we want to say around them.  We’ll come back to you when we have things that we can show to you, including details about our long-term vision for certain features and functions.

Now, let’s focus on what is coming. We’ll be delivering Update #2 for the game on Thursday, November 25, followed by a further, substantial Update #3 in early December. We are also working on another update that we are looking to deploy in advance of the Holidays too. In addition to the updates that are coming, we’ll also be sharing more about Season 1 in early 2022.

For the latest on these updates and further developments, we’ll continue to provide updates through Battlefield Direct Communications on Twitter straight from the Development and Community teams.

Here’s what we’ve identified as our areas of focus for the upcoming updates:

There are two issues we’re tracking relative to performance: Server Side and hardware-related issues on the Client Side

Servers – We are largely seeing our services perform at our intended target levels, following numerous backend changes since launch. Stability of the game has continued to be strong from launch. However, there are still some critical issues that you may experience when playing on servers that we are keen to resolve quickly.

In very rare instances we’re seeing that our servers aren’t correctly registering hitmarkers. While hard to reproduce (thank you to everyone for sending in clips and screenshots), we’re actively working hard to identify what could be causing this issue, and to develop fixes.

We’re also seeing that on rare occasions that you’re unable to spawn on the server with your intended loadout. We believe we’ve discovered the issue and it will be fixed in our Update #2 on November 25.

Following the fixes that we’ve already released, we’re seeing significantly reduced instances of this, but please help to report any encounters you have with this problem. As a precaution, we have added a new safety feature in our next update which ensures you’ll always directly respawn after 30 seconds have elapsed.

We are also continuing to investigate servers for Breakthrough specifically. We monitor for these servers live, and work to shut them down where we see them spin up incorrectly and don’t engage the start of round flow properly.

Hardware – On console, we have tracked and worked with Microsoft to ensure that a critical system update was rolled out to prevent instances of the system performing a power cycle during gameplay. This update went live for Xbox Series X/S players last Thursday, and became a mandatory system update this week. We’re confident that this has resolved this issue, and are continuing to monitor for any further issues on that front.

For all of you playing on PCs, we want to acknowledge that many of you are finding that performance of the game is presently CPU bound, and not enough of you who are fortunate enough to enjoy high end GPUs and CPUs are seeing the benefit of consistent, high frame rates. Identifying engine level optimisations and developing solutions will require a lengthier response time from us so that it gets done right. Short term, we’ll be doing all we can to help offer performance improvements that reduce the load, and up your frame rates where possible. We’ll keep you updated on our work through our Battlefield channels. Satisfying gunplay is at the core of Battlefield, and there are a few aspects of this we want to help address upfront.

Shortly after launch, many of you who play on PC helped to highlight an odd inconsistency with the behaviour of aiming, relative to your mouse sensitivity settings. We have done a great deal of investigation around this and have been able to validate that some settings are not properly applying. We have developed a fix for this and we’re targeting the third upcoming Update for this.

On console, we’ve been performing similar investigations around the consistency of Aim Assist. We’re aware of the issues that you’ve helped to raise on this front, and wanted to volunteer that it’s not consistently behaving in line with our designs. We’re on it, and will keep you updated.

More generally, we also wanted to provide you with an update, and response around the various gunplay conversations that we’ve seen take place since the game went live.

Spread (or as some may call it, ‘bloom’ or ‘deviation’) is a term you may have come across if you’ve engaged with this conversation. It refers to the angle by which your bullet may deviate from where you are currently aiming at. We have observed that on many weapons, predominantly on Assault Rifles like the AK-24, the spread tends to be too high, especially when moving while zoomed which causes problematic engagements in the average combat distances of our maps. Weapons miss more often than they really should which makes for an unsatisfying experience and can feel unfair when you have done all you could to nicely align your shots. We have made a series of adjustments to many of the weapons that aim to greatly reduce the impact of spread on the shooting experience.

In other words, after those changes, a well lined-up shot will be hitting its target within the designed engagement range of the weapon. These changes will roll out over the upcoming updates:

We have a detailed first look at more of the changes coming more generally in Update 3 listed later in this blog.

On the topic of balance, we’ll always benefit from having live data based on your real world behaviours with the final game. Since the very first day we set the servers live, we’ve been paying close attention to the performance of certain weapons, vehicles, and gadgets to make sure that they were behaving in line with our designs. Naturally your progression, map knowledge acquisition, and understanding of our rock paper scissors evolves over time, and helps to show the best possible picture of what’s performing as expected, and what’s operating as outliers.

You’ve seen us behave reactively around this area. In Battlefield 2042, we have more options to us than previous titles. We’re able to take things out of the game without requiring a game update, make some changes, and reintroduce it.

Our current focus is also around the behaviour of vehicles. Since the game went live, we saw the Hovercraft become a fan favorite given its high durability and effectiveness in combat. We designed this vehicle to behave as an alternative to the LATV4, but not as an upgrade. In Thursday’s Update #2, we have balanced the health of this vehicle to bring it more in line with its design, and made sure that its weaponry is appropriately effective.

We’ve also performed a similar review of the Nightbird’s 20mm Cannons which were generating excessive splash damage. This will be adjusted in Update #2, and we’re continuing to monitor the behaviour of Vehicle Unlocks in case it’s observed that we need to make further changes. We designed Battlefield 2042 to enable players to progress uniformly across the experience. Shortly after the release of the game, we observed a significant imbalance in the earn rates for experience (XP), particularly in Battlefield Portal where players created servers designed specifically to farm XP. Unfortunately, the limiters we had put in place were not working as intended. In order to maintain balance across the game, we temporarily disabled progression across Solo, Co-Op, and in Custom Portal Experiences.

This past weekend we were able to reintroduce those caps and developed smarter XP and progression caps that have allowed us to re-enable XP earned via Portal Custom Experiences.

We will continue to monitor for XP Farm Servers and take appropriate actions to remove them from the pool when needed.

The above are the issues that you’ve helped to highlight to us as most impactful to your experience whilst playing the game. We’re tracking all of our known issues over on the Battlefield Forums, and we’re grateful that you’re taking the time to share your feedback with us.

What’s being addressed in our next two updates? There are a handful more critical changes that we’re making alongside this update, which we’ll detail in full in our Update Notes on November 24.

With Update #3 arriving early December, we’ll be delivering our biggest update since launch, with significantly more fixes, changes, and more importantly, Quality of Life enhancements due to arrive in the game. Here’s just a snapshot of what you should expect to see within it:

As a team, we are so passionate about evolving the Battlefield 2042 experience for our players and rest assured, this is just the beginning!